Before the Columbia Festival of the Arts box office even opened in 1996, tickets for the reading by Mary Oliver were long sold out.

Word had spread like wildfire about her appearance, and the famous Oliver, a quiet soul who didn’t travel much from her home in Massachusetts, read once, and only once, for HoCoPoLitSo. We tried for years to lure her back, but failed. Oliver died January 17, 2019, from lymphoma.

Before that June day in 1996, ninety writers sent in poems for a workshop, which Oliver conducted in the Slayton House dance studio. If you were one of those poets, we want to hear what Oliver said about your work. We hope you kept her notes.

After the workshop, Oliver packed Slayton House’s auditorium with 250 people. The late Lucille Clifton, another poet who is now no longer with us, introduced Oliver, the Pulitzer winner, this way, “To call her a nature poet is like calling Pavarotti a singer.”

Afterwards, Oliver, who is “reclusive, but not shy,” says HoCoPoLitSo founder Ellen Kennedy, chatted over chicken salad and fruit kebabs at the Kennedy home.

“I am trying in my poems to vanish and have the reader be the experiencer. I do not want to be there. It is not even a walk we take together,” Oliver explained about her work.

She’s become an Instagrammable poet, an inspirational poet. She asked her readers, “Tell me, what is it you plan to do/ with your one wild and precious life?” (link to “The Summer Day”)

But her work reaches people because it’s authentic, it’s true. Above all, she is a masterful poet.

Her images – of the grasshopper’s jaws moving sideways to mouth the sugar that Oliver fed her, of the lights going out behind her as journeys away from her home, of the wild geese streaking the sky – remain with me. I am always hoping that I can live like she did, “from day to day from/ one golden page to another.” (link to “Forty Years”) 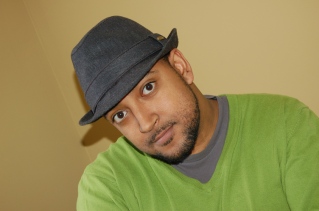 The Friday Professional Development Day for Howard County’s English and language arts middle and high school teachers was cold and damp, there was a car fire on Route 29 that jammed traffic for an hour, and teachers were rushing in late and texting their supervisors.

Steven Leyva had one hour to convince those teachers that poetry was worth teaching.

Leyva faced the auditorium of 220 educators and cleared his throat.

The power point he had prepared flashed the question: “Why Poetry?”

Leyva, sponsored by HoCoPoLitSo to give the teachers a poetry pep talk, passed around two sheets of paper, asking the teachers to write two collective poems. The first lines? “I know that poetry is not” and “Poetry has power.”

At first, some of the teachers were imitating their students — coughing, checking their phones, shuffling papers. But as Leyva explained that he edited the Little Patuxent Review, taught in the Baltimore City schools for years (a round of applause for that one), and was now a professor at the University of Baltimore, they quieted down.

Then a quote from Richard Howard appeared on the screen: “Verse reverses, prose proceeds.” Leyva started to talk about the “magical” things poetry can do: act as a force for healing, open up a student who is closed down, make connections between people, create empathy.

But everyone has to start as a novice, he says, even teachers.

“This is vital when we’re trying to engage students who may not be interested or receptive to poetry,” Leyva said. “It’s OK to be a beginner. You’re don’t have to be good at this right away.”

He read Mary Oliver’s “Wild Geese,” and talked about letting the language wash over you as you read, about how meeting a poem is like meeting a new person because it’s both intimidating and exciting.

“It’s demanding, it’s hard, but that’s the beauty of it,” he said. “Some of them may have past negative experiences with poetry, they may have anxiety over misinterpreting.”

Too many classrooms treat poetry as a riddle to be solved, he said, “it must be an experience,” and then quoted one of his professors, “Art doesn’t need our judgment, it needs our attention.”

He asked for volunteers, and four teachers trooped up to the stage to read “Memory from Childhood” by Antonio Machado. The first teacher read the words of the poem. The second vocalized each piece of punctuation, “Comma!” or “Colon,” he boomed. The third said “line break” at each line break, and the fourth said “stanza break,” when the poem reached that point. If they messed up, as they did several times, they had to start again at the beginning, which drew hoots and laughter from their fellow teachers. The audience, he explained, had to recite the title and be the silence in the poem. That exercise, Leyva said, showed students that everything in the poem, even its white space, is put there on purpose, and needs a reader’s attention. “Everything matters,” he said.

By the time he had the teachers yelling out each personal pronoun (“Me!” and “My,” they chorused) in Lucille Clifton’s “Won’t You Celebrate with Me,” they were leaning forward in their chairs, more than interested.

And when a YouTube clip of “Direct Orders” by Anis Majgani wasn’t loud enough because of a sound system glitch, someone called out, “Read one of your poems!” Leyva did, reciting a poem about New Orleans, his hometown.

He went on to talk about form, rhyming (“you’re saying these two things belong together — “there’s a reason why wife, life and knife all rhyme,” he said), resources, and the skills that reading poetry can develop (qualitative judgment, empathy and imagination).

Teachers asked him about web sites and Split This Rock, stayed after to talk to him about submitting poetry to the Little Patuxent Review, and wrote down the TED talks and books he suggested. And a few gave him a standing ovation.

Jocelyn Hieatzman, a teacher at Oakland Mills High School, wrote afterward about the program, “I spend the next hour listening, and interacting, and awkwardly jumping onto the stage, and feeling chills and tears and ideas flow through me. I shout ‘N’Awleans’ and listen to spoken word from the Seattle Grand Slam poetry championship; I listen to Stephen Leyva recite his own poetry from memory like his life depended on it; I read through poems that touch on complex ideas and sadness and culture and race and identity and beauty. Suddenly, everything is important, everything has weight. I think of our students and their big emotions and secrets and ideas and gifts.

“There’s still a car fire snarling traffic on Rt. 29, and we are are still distracted and cold and worried about all the the things that middle and high school teachers worry about.  But ‘we’ have become a ‘we’ and share a collective experience, and we dig deep, and we remember why we love to teach what we teach, and we carry this on. And we carry this on. And suddenly … everything is important, everything has weight.”

And those community poems? The ones Leyva asked the teachers to write, with each contributing a line? The paper filled up fast. The writing is tough to read, but the poems are published here, and like most poems, they’re worth reading.