Quality Poems: Offering a Window and a Voice 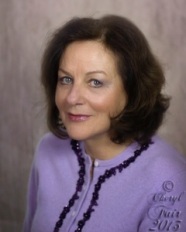 So few of us ever visit a prison, yet many of us already have a vision of what it’s like, thanks to TV shows, such as the popular Orange is the New Black. On November 10, 2015, sponsored by the Howard County Poetry and Literary Society, I visited the Patuxent Institution to offer a writing and poetry workshop to some of the incarcerated men in the youth program.  Pseudonyms have been used to protect the men’s identities.

The day was rainy and cool, and the gray skies nearly matched the gray walls and somber mood of the prison.  Because I have worked with another writing group at the prison complexes in Jessup, I knew all I could take in were my art supplies, papers, and a book, in addition to my car keys and my license. The screening procedures are very much like going through the check-points of airport security, except that you must be patted down each time you enter the prison.  I was not allowed to bring in my tote bag for the class supplies—instead, I was given a clear plastic bag.

Once I made it through security, Hillary Battle, a social worker who works with the youth program, escorted me to the education wing of the prison.  I was curious about the designation of “youth program” because I knew the approximate ages of the men were between 25 and 35 years old. Ms. Battle explained the disconnect, “In order to be eligible for the Youth Program, the men must be sentenced under the age of 21. We could receive them at any time during their incarceration because the program distinction is based on when they were sentenced for their crimes.”

I’ve walked those long halls to the classrooms several times now, but I still shudder a little when I get on an elevator and the barred doors clank shut behind me.  As Ms. Battle and I walk towards the classroom, many thoughts run through my head. Will the activity be beneficial for the men? What will they be like?  Will they write and share?  Do I have enough time for all I want to offer?

After discussing the men’s needs with Ms. Battle a few weeks earlier, we had both decided that my activity using  J. Ruth Gendler’s  book  Quality Poems would provide a familiar starting point for the men to explore poetry.  In her series of prose poems, Gendler personifies 100 character traits and invites us into their world—a world where “Commitment has kind eyes,” “Forgiveness is a strong woman,” and “Courage has roots.”

Dr. Cynthia Carter, the team leader for the youth program, greeted me with a warm smile and thanked me for coming when I arrived in the classroom.  The men sat at their desks, quietly waiting for the lesson to start.  As I surveyed the room, I noticed the standard furnishings:  a large blackboard, several file cabinets, a few TVs, and about five computers.  Nine men sat at desks arranged in rows.   Because I’ve been a teacher for my whole career, the classroom felt familiar—even down to the four men who chose to sit in the back row.  “We just feel safer here,” they told me and smiled.   After I put my supplies on the desk, I walked up to each man, shook hands, and introduced myself.  They smiled at me and thanked me for coming. In that moment I prayed that things would go well and that what I had planned would speak to their needs.

I began by reading the poem “Courage.”  After a few moments of reflection, Claudio said, “Courage is quiet. He keeps to himself.”  The other men chimed in, feeling more confident now that one of their friends had spoken.  “Is Courage ever afraid?”  Tony asked.  My take? Yes, Courage is often fearful, but chooses to move ahead despite the fear.  Tony shared his thoughts and said, “I like the line in the poem that goes, ‘Courage is not afraid to pray.’” I read another poem about “Forgiveness” and the men were visibly moved. As I read, they were nodding their heads. I knew they were ready to write when I heard Julio say, “Forgiveness is a gift you give yourself.”

All told, the men wrote two poems—one on a positive character trait they possessed and one on a trait they wanted to improve or change.  When it was time to share their work, I invited all of them to form a circle with their desks so that we could all see and hear each other better. Here is a sample of the traits they wrote about and some lines from their poems; I found their words both powerful and beautiful.

Danny spoke up from the back row and offered to share first. He wrote about “Distrust” as if the character were a woman. “She lives within herself … I stood at the door of her heart … to let her know I understood, I called her by her name, Distrust.”  For his other characteristic, Danny chose “Uncertainty”: “ … harsh forms like factory smoke … moist, unanswered questions.”

Claudio, with short-cropped hair, offered to share next. I had met Claudio during another visit, and I knew him to be a fine painter. He wrote these lines about intuition: “Like vapor in gulfless canyons, travels like a gadfly. Intuition chooses friends like a coal miner searches for diamonds.”  As I listened to Claudio’s poem, I was struck by how he seemed to literally paint with words.

Armando, sitting in the front row, offered to read next.  “Confidence is not arrogant. He takes responsibility. Confidence is a good trick to have.” All of us loved that last line—a real surprise.

Bernardo sat in the corner and raised his hand to share after his friends had read. He had this to say about creativity: “Creativity comes in every size. He recites rhymes for fun and lives in the forefront of my mind.  Creativity has a humble hobby.”

The men’s poems were full of rhythm and memorable phrases. Even though I wanted copies of their work to share with HoCoPoLitSo, I didn’t feel right asking the men to give me the poems they had written that day.  I encouraged them to keep writing more about the qualities they had chosen. I did ask them for permission to use some of their work and they all agreed, as long as I used pseudonyms to preserve their anonymity.  Dr. Carter, Ms. Battle, and all of the men told me I was welcome to come again any time.

Once again, I could see that poetry had offered people two vital elements: a  unique expression of their voices and a safe place to explore their lives.