Linda Pastan is a quiet poet. Her poems don’t shriek, they don’t yell. But they still hit hard.

This week’s poem, “Elegy,” comes from her book Imperfect Paradise, 1988, which was a finalist for the Los Angeles Times Book Prize.

An elegy, a poem of lament for the dead, seems called for right now. Everyone, it seems, now knows someone who has died of Covid-19. In fact, last week, we again hit the mark of the death of one American every minute, echoing the same height of pandemic death from July. Every sixty seconds, someone’s mother, father, grandparent, brother, sister, or child dies of this disease that we can’t yet cure or prevent. 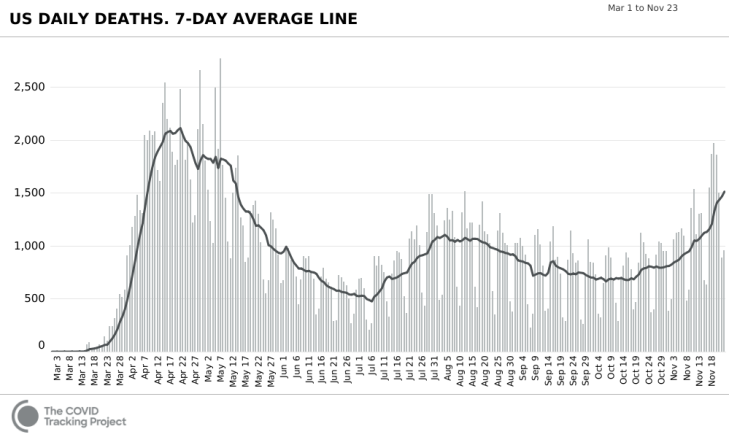 Pastan’s poem recalls a moment when her mother was in a hospital, dying, and Pastan watched her struggle for life. This poem repeats the idea of movement, up and down. Snow falls, flowers struggle up their stalks, the moon rises and sets, and the speaker hoists herself from bed and slides into sleep again. A mother’s hospital gown, propelled by raggedy breath, lifts and falls with jagged respiration.

The poem’s sound is a rising and falling, too, with the breath of the reader. And the last line, with “newly shoveled earth, settling” is a finality, even the sound of the word “settling” sinking down into the belly when you say it, like a coffin lowered into a grave.

Poetry magazine’s Ben Howard wrote, in a review of Imperfect Paradise, “At their most searching, [these poems] also examine the intersections of dailiness and mystery, the quotidian and the unconscious, as they seek to illumine those ‘depths/ whose measure we only guess.’ ”

We all are just guessing the measure of death, along with Pastan, long an examiner of grief. In fact, in the full interview with her friend and fellow poet Lucille Clifton, she says that people often ask her for a poem to commemorate a funeral or a wedding. She doesn’t have many poems for weddings, she laughs ruefully.

In her senior year at Radcliffe, Pastan won the Mademoiselle magazine poetry prize. Sylvia Plath came in second. After graduating, Pastan moved to Maryland and has lived here ever since. For ten years, Pastan gave up writing poems while she raised a family, then at her husband’s urging, she picked up her pen again. She has won the Ruth Lily Poetry Prize, a Pushcart, awards from Poetry magazine and the Poetry Society of America. Pastan is the author of more than fifteen books of poetry and essays.

Death, in this poem, and in our world today, is both pedestrian and monumental. Every person who dies of Covid-19–now more than 1.3 million worldwide—ends with breath as ragged as Pastan’s mother’s, their chests pushing up and down by laboring lungs.

Poetry magazine wrote of those lines, “here the minimal style … heightens the speech of the faithful witness.”

Pastan was a witness to her mother’s death. Many say that being with a loved one at the time of death is a particular privilege. During these contagious times, loved ones can’t be with those who are dying. Medical staff are the only witnesses, and are suffering that burden.

Take care, be safe. And find solace in poetry.