The Women I Don’t Know

Last year when I was writing the syllabus for my women’s literature course, I wondered about the “women” part of that course name. What is “woman” and who should be included in this reading list?

As I flipped through the textbook, The Norton Anthology of Literature by Women: Traditions in English, I tried to compose a reading list that was diverse. Immediately I saw the gaps in the anthology. Among those missing or underrepresented were African women writers and transgender women writers. I recognized, too, that it’s not just Norton – there are gaps in my own encounter with women’s stories from diverse walks of life and backgrounds. I know so little about these women.

And when I don’t know something, I go and read. But what do I read? Who do I read? 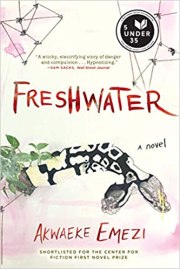 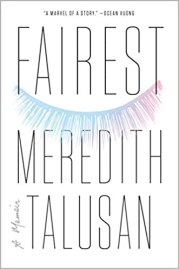 In the opening of their article “Toward Creating Trans Literary Canon” RL Goldberg is in a situation similar to mine – teaching a course called “Masculinity in Literature” and wondering what we mean by masculine. Goldberg’s students are incarcerated twenty something men who are working toward a college degree. Interestingly, the debate among the students is not over words like “transgender, transsexual, agender, two-spirit, trans woman, bigender, trans man, FTM, MTF, boi, femme, soft butch, cisgender” – these, the students understood.  However, “What was contentious: man and woman,” Goldberg shares. This makes complete sense. Of course, it’s words that we think we know, words that seem so clearly opposite, that we must grapple with because they evolve.

In keeping with defying or moving across the spectrum of categories, whether that’s genre or gender, Goldberg includes in their list of works for recommendation Freshwater (about being an obenje) by Akwaeke Emezi and Mucus in My Pineal Gland (“displacing or disregarding genre or gender”) by Juliana Huxtable.

In “12 of the Best Books by Trans Authors That You Need to Read” Torrey Peters (her own novel is called Detransition, Baby) includes these works that show a range in genre and themes: The Unkindness of Ghosts by River Solomon (a science fiction novel that explores structural racism) and Fairest by Meredith Talusan (memoir of Filipino boy with albinism coming to America who is mistaken for white and becomes a woman).

When it comes to African women writers, we come across incredible diversity among them as Africa is a big place with long, complex histories – with many different languages and cultures. This article from The Guardian, “My year of reading African women, by Gary Youngue” is an excellent introduction for novice readers of African women writers. Youngue’s reading list includes the following:

And I recommend that you read Youngue’s article for his take on what these works offer us.

This article from Electric Literature, “10 Books by African Women Rewriting History” by Carey Baraka, includes these contemporary recommendations: Dust by Yvonne Adhiambo (set in 2008 Kenyan presidential election), The Hundred Wells of Salaga by Ayesha Harruna Attah (set in Northern Ghana during pre-colonial times), and The Old Drift by Namwali Serpell (focusing on a Zambian space program).

Expanding Our Sphere of Reading

I know these are incomplete lists, and lists like these reflect the personal as well as the cultural tastes of the one creating the list. And all these recommendations are limited to those authors writing in English.  Also, I know that when I look for “transgender women writers” I may be excluding – or drawing lines that exclude – nonbinary and gender nonconforming writers.

As an Asian American woman, I have been diving into Asian American literature lately, particularly those by women. I recommend The Prince of Mournful Thoughts and Other Stories by Caroline Kim (short story collection) and Your House Will Pay by Steph Cha (set against the 1992 LA Riots). It has been so exciting, after so many years of being a student and teacher of literature, to finally discover writers and read books by and about Asian Americans.  To open a book and witness stories that I recognize is a certain kind of gift that representation brings.

However, we also turn to books to see the world through others’ eyes. So, if there’s a blind spot in your literary journey (and your blind spot will be different from mine),  take a ride with some of the women writers you don’t yet know on this International Women’s Day.

By Laura Yoo in Mana's Musings on March 8, 2021.
← six questions with regie cabico and chad frame the art of characterization – a reflection on the bauder student workshop →